GiG Games is a game studio that is fairly new to the online casino stage. However, the mother company; Gaming Innovation Group is anything but a newbie to the gambling industry. Using its resources and vast pool of multicultural talent, GiG decided to branch off into making casino games of their own. The company’s sheer driving force towards excelling in every single aspect of the market is what created this fantastically skilled software studio.

Unfortunately as of now, not many online casinos other than Gaming Innovation Group’s own brands and white labels carry the games. But CasinoTopsOnline is here to save the day, as we have compiled a list of casino below where you will be able to play GiG Games’ slots to your heart’s content.

Take a look at the best online casinos with GiG Games slot below.

Games made by GiG Games 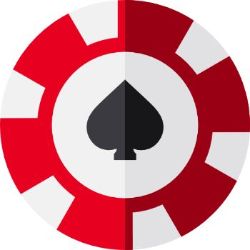 Before GIG even opened their first office, there was Donkr, a poker site that taught the people involved everything they needed to know in order to successfully move on to the next best thing. Five years later, the brains behind Donkr launched their first casino – Guts, and what a learning curve that was. Things only went uphill from there; the launch of Guts casino was the first step made on the gaming industry’s ladder of success and it doesn’t look like things are slowing down any time soon. A recurring recruitment campaign seeks to continuously expand the company’s borders, currently making GIG one of the largest gaming companies around, with the aim of getting bigger and bigger.

Since GiG Games has only started making their games in 2018, they don’t have a large variety of games, especially when compared to NetEnt of Microgaming. But what GiG Games lacks in quantity it makes up for in quality. Their small teams only produce about one game every 2 months, but the games they have launched so far are visually stunning and always adhere to a popular theme. Below you will find some of the available GiG Games slots on the market.

Wild Reels was the first game ever to be released by GiG Games, hence why it deserves a spot on this list. The game took classic themes from the ever-popular fruit machines you will find in a luxury Vegas casino resort. The game contains all the classic symbols such as cherries and bells but takes the slot into the 21st century by adding a special Wild-symbol into the mechanics of the game. Did we grab your attention? Try the game for free here.

Book of Souls is the second slot machine by GiG Games we urge you to try out, especially if you are a fan of the Book of Ra series by Novomatic. The Book of Souls (as the name suggests) is heavily inspired on the popular slot franchise, with even Play ‘n Go having a go at creating their own version of the slot name Book of Dead. This means that GiG Games is the third software provider that has revamped the slot machine to their own image, tweaking the game in such a way that it holds is own. The Book of Souls slots contains all the fun and thrills of the original series and adds some modern elements in terms of animations and game features. Gave Book of Souls a spin for free here.

If you have taken the time to try out some of the games mentioned above, then you can already tell that there some real engineering goes into making these games. GiG Games employs some real tech wizards in order to create these exciting games. While the artists are responsible for creating the visually stunning artwork you will find in the games, the developers make sure that the games run smoothly across all devices. True to their modern spirit, they have ditched the outdated Flash technology and adopted a sleek HTML5 framework on which all their games are build. All geek talk aside, this means that all games created by GiG Games play effortlessly across all smartphones and tablets without skimping on quality or soundscape. This also means less loading time and data usage when you play any of the games on the go.

If there had to be a poster child for the term ‘multiculturalism’, we’re pretty sure GIG would be it. As it stands, employees come from every nationality imaginable, with a strong company belief in equal rights; in fact, GIG sponsored ‘Girls in Tech’ in 2017.

The next big step for GIG is providing its casinos with their own games, which is why the company created GIG Games. GIG Games was initially set up in the company’s Marbella offices with an in-house team working on achieving the perfect games for casino enthusiasts around the globe. Work on GIG games started in 2017, but don’t expect any official games to come out before 2018, and needless to say, first dibs for these games goes to the companies owned by GIG itself.

“To test new games on some of our GiG owned casino brands first obviously makes a lot of sense. With GiG’s standard of quality known across the industry, we will go for the Tier1 operators once all is tested and quality assured,” a GiG representative offers more insight in his plans for GiG Games.

Taking a look at the quality of the online casinos produced by GIG: Rizk, Kaboo, Thrills & Highroller, we expect big things coming from GIG Games. Whatever GIG has taken on so far, they have revolutionised and we don’t expect any less from them in this aspect either.

Products: One of the largest gaming companies around has made it its mission to conquer the software providing industry. The expected product? Nothing short of amazing.

There are currently three games under production and we are really excited to learn as much about them as we possibly can. GIG Games started out in August, which means that these games should be launching around the 3rd quarter of 2018. The plan is to have a total of six games launched by the end of 2018. Current games in production include blackjack, roulette and a slot game, hitting the trifecta of casino games that any player may want to play. GIG Games are working on something that aims to make every player happy. While we can predict what to expect from the roulette and blackjack game, slot games have infinite possibilities so we’re pretty excited to see what GIG Games will come up with when it comes to this kind of game.

‘Get Shit Done’ is GIG’s motto and we strongly believe that that’s what everyone working within the company is doing. There is nothing that GIG has set their minds to and not succeeded in so far, and we don’t expect that to change with the launch of GIG Games.  With a company that is constantly pushing their limits and boundaries, 2018 is looking brighter than ever for Gaming Innovation Group.

The first-ever office was set up on the tiny island of Malta, and now GIG has expanded their offices into Denmark and Marbella which together focus on five different business areas with currently over 700 employees. All of this in the span of around five years. They really do live up to their mission statement.