Published by Daniel on November 29, 2019 in Promotions

Black Friday doesn’t have to be all about hitting the shops and competing for in store specials and deals.

As an online casino player Black Friday can result in thrilling promotions and tournaments where big rewards are up for grabs. 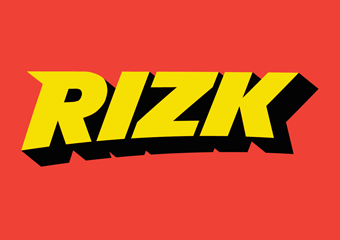 Rizk Casino is giving you the chance to feel the thrill of Black Friday with their €5,000 Roulette Black Ops promotion.

The Black Friday fight you want to take part in

From now until midnight on Monday the 2nd of December 2019 you’ll get to play the centuries old game of chance, Roulette live at Rizk Casino. While taking on the live dealers on the exclusive Rizk Roulette table you’ll get to climb the leaderboard for a chance to win your share of €5,000.

During the €5K Roulette Black Ops you’ll get to take on the dealer and collect as many leaderboard points as possible. The more points you collect, the higher you’ll climb up the leaderboard ranks and the bigger your chances will be of taking home a share of the money rewards.

Unfortunately players situated in Sweden are excluded from this promotion. And you cannot place more than 22 straight-up number bets during any game round. For the duration of the promotional period all outside bets won’t count towards the leaderboard.

The Roulette Black Ops promotion is linked to a €5,000 prize pool which will be divided among the top 10 players in the tournament.

The tournament has already begun but there is still time to gain enough points to make your way to the top of the leaderboard. The winners will be announced on Tuesday once the final scores has been added. All winners will receive their money rewards in their Rewards Section at the time of the final update.

These real money prizes must be claimed within 7 days and once claimed it will be added to your cash balance.

Take on the live dealer in the €5,000 Roulette Black Ops tournament at Rizk Casino for a twist on Black Friday fun.

If you’re not a member of Rizk Casino yet there’s still time to create your account and take part in the live roulette action.

Beat the dealer on the exclusive Rizk Roulette table for a share of €5,000 in real money rewards at Rizk Casino.