Published by Robyn on November 17, 2019 IN Industry News

The year might be nearing its end but the online casino industry is not ready to slow down yet.

For software providers, the most important thing is to expand their reach and share their games with the world. 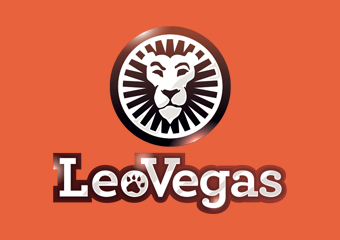 Pragmatic Play, one of the top online gaming providers, recently managed to extend their reach even more.

This top-rated gaming developer will be bringing their full suite of live casino games to the United Kingdom.

In most recent news, Pragmatic Play announced that they will be extending the reach of their live casino portfolio and bring the entire suite to the United Kingdom.

The live casino games will all be broadcasted from a newly constructed and state of the art studio. Players will get to choose from a decent range of high-quality variants of live casino games ranging from Blackjack to Roulette and Baccarat.

Among the suite of games available to the United Kingdom will be the latest released Live Blackjack title. This new live casino game contains an auto stand which is considered to be one of a kind in the current market.

The game also features a lightning-quick addition which allows you to increase the game speed by 25%. With this new Live Blackjack game, you can set a minimum value of card points and the system will automatically select the stand option for them when they reach the value. Thus, the minute you get a certain number of points the hand will auto-stand.

The Head of Compliance at Pragmatic Play, Sheriff Khamoura, said that it has always been a priority for them to take their live casino portfolio into new regulated markets. Khamoura also stated that they are ready to launch in this exciting territory and that the UK has a significant number of brands with a proud heritage.

Furthermore, they are eagerly looking forward to joining these prestigious brands with their dynamic and cutting-edge live casino offering.

In the past few months of 2019 Pragmatic Play has signed a number of significant Live Casino deals with major operators such as Interwetten, 1xBet, Parimatch and Betconstruct.

This company was founded in August 2015 and is considered to be one of the fastest-growing providers of online casino games. The company is one of the leading software providers for video slots, live casino and bingo and has raked in a few awards over the years for their creations.

Their games tend to speak for itself which is why they’ve been successfully forming partnerships with top-rated operators since they’ve launched. Penetrating the UK market was a big step forward for Pragmatic Play and their continued growth in the online gambling industry.

For UK live casino players there is the excitement of knowing there is even more live blackjack, roulette and baccarat variants available.

The latest Live Blackjack release from Pragmatic Play is one of the suggested must-plays especially with its one of a kind Auto-Stand feature.