Published by Daniel on November 10, 2019 IN Promotions

The online casino industry is growing each day as more regions are introducing legislations to regulate the activity.

Over the past few years there has been many victories for the industry and 2019 will be ending off with yet another victory. 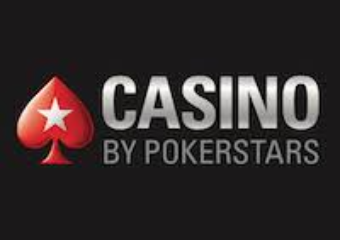 PokerStars is making history by launching the first ever poker site as well as an online casino in Pennsylvania.

Earlier in November FOX Bet announced the launch of PokerStars and PokerStars Casino in Pennsylvania. PokerStars is easily the largest online poker site in the world and will be the first to launch a poker gaming site in this state. For players in PA in New Jersey there will now be easy access to poker, casino and sports betting from the industry giant.

And as one of the biggest names in the industry PokerStars will be adding a little extra spark to their launch. Players in the Pennsylvania region will not only have access to games such as poker for the first time, but can look forward to spectacular tournaments and promotions.

Pennsylvania poker players can now access all the popular casino games, tournaments and promotional events via the PokerStars.bet site. On this site there will be a wide variety of real cash games and superb tournaments to take part in. These tournaments will even include major guaranteed events where big prizes are up for grabs.

Matt Primeaux, FOX Bet President, expressed their excitement on the launch of PokerStars website in Pennsylvania. Primeaux is thrilled that they are able to launch the first and currently only online poker option available to players in the region. He continued saying that with the inclusion of the poker product launch they are currently the only online provider offering all three forms of regulated gaming in the Commonwealth of Pennsylvania.

Apart from the thrilling launch of online poker, PokerStars will also be providing a range of other casino games in Pennsylvania. These games include a number of the hottest games from the best studios in the industry as well as their range of in-house developed slot games. Players will get to pick and choose from the best slot games as well as try their hand at a variety of card games, table games and live casino options.

The best part is that players will be able to access both the casino and poker site on their desktop, mobile or tablet devices from anywhere at any time. All Android and iOS devices will have an app available which can be downloaded for gameplay.

The launch of online poker and casino gaming in the state comes shortly after PokerStars announced their all-share deal with Paddy Power Betfair. This latest deal will create the largest online betting and gambling company by revenue in the world.